Oggy Popov, CEO, Offerista CEE
The Netherlands has recently passed a legislation that allows interested households to opt for paper advertising by putting 'Yes Yes Stickers' on their mailbox. The response has been astonishingly low, highlighting the popularity of digital means of advertising. Retailers, too, have begun discarding this antiquated method of advertising due to its ineffectiveness in attracting consumers and tracking the impact it has on the target demographic. Businesses, inevitably, are on the lookout for a reliable partner with all-encompassing digital marketing solutions that can attract consumers to stores and give insights on the effectiveness of the investments made in promoting offers.

The Germany-based Offerista Group, through its extensive range of digital offerings alongside the customer journey, emerges as the most sought-after partner that the retailers can leverage to attract consumers to their stores and outlets. With Offerista's solutions in hand, retailers can build a direct communication mode with its consumers through multiple digital channels such as social media ads, video ads, programmatic ads, and other platforms in a targeted manner.

This also applies to international campaigns. A recent example of a Europe-wide marketing campaign was realized together with KiK. With the expansion into several countries, the textile manufacturer faced the challenge of keeping the visitor quotas in the stores profitable. In Germany in particular, the aim was also to minimize the effort required for the display of advertising material in order to increase coverage. As part of the international campaign, the offers of 12 different countries were finally advertised internationally from Germany. With an increase of the visitor rate up to 19 percent, the results of the campaign were more than satisfactory for KiK.

Utilizing geotargeting technology, the company focuses on displaying local offers and campaigns provided by retailers to interested consumers in the same region. A major advantage over print is the measurability of marketing measures. Using geofencing tracking makes it possible to determine which customers have interacted with the advertisements, were inspired and then actually visited the store.

What sets Offerista apart, is its core focus on the promotion of offers for their retail clients in a cross-channel approach along the entire customer journey

Geotargeting also plays a crucial role in Offerista's location-based mobile push notification service, called Push Network, that sends notifications of deals or offers to the retail consumers once they enter a specific location. To further extend its interactive offerings, the company's Offerista Engage enables the clients to advertise their offers in tailored display formats via programmatic networks.

"What sets Offerista apart, is its core focus on the promotion of offers for their retail clients in a cross-channel approach during the entire customer journey," affirms Oggy Popov, the CEO of the company for Central and Eastern Europe. While others are more centered on brand awareness or management of social media channels and accounts, Offerista's solutions ensure that the clients obtain more visibility into the impact of promotions on consumers and their resulting store visits. Its one-stop-shop solutions and many channels facilitate fast, widespread, and effortless marketing campaigns for its clients.

Offerista's collaboration with a major 'do it yourself (DIY)' chain actualizes its value proposition of providing engaging and interactive marketing solutions. With multiple stores across Europe, the client had considerable investments in paper leaflets and placed those leaflets in hotspots such as the metro and subway wagons. Due to the pandemic, the client realized that the flyers were not providing enough value and required an alternative means of attracting consumers. To that end, Offerista Group was brought in to convert the leaflets to a digital format and distribute them to the client's consumers interactively through its online platforms. Offerista's solution proved to be such a significant game-changer that the client is now planning to phase out paper leaflets by 2021.

Building upon such successes, Offerista aims to increase and improve its solutions to improve the ROI of their clients’ budgets. It is further looking forward to enhancing the multi-channel approach it takes to engage the consumers with its clients' offers and campaigns. On the geographical expansion front, Offerista has already acquired some of the major players across Europe, such as the market leading portal wogibtswas.at in Austria and Prospecto Group from Bulgaria (with footprint across the continent and offices in Sofia, Budapest and Bucharest), to strengthen its presence and is looking to increase its acquisitions by 2021. 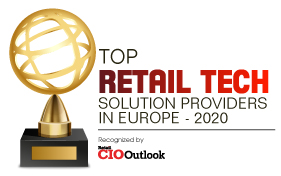 Description
The Offerista Group is the leading provider of digital retail marketing in theGerman-speaking countries (Germany, Austria and Switzerland).The company regularly reaches out to 39.5 million consumers each month. With a team of more than 110 employees in Europe, Offerista provides cross-channel solutions for retailers and manufacturer brands across all industries throughout their customer journey. The company advises on all matters from branding to selling off with individual, digital solutions based on a 360° approach for location-based marketing of offers and branches. Its objective is to help brick and mortar retailers achieve higher frequency and more sales through digital retail marketing 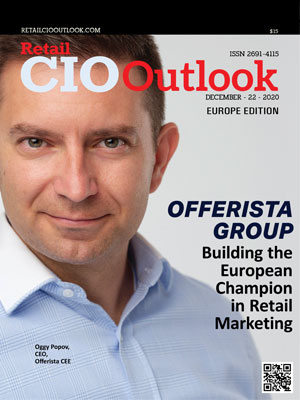